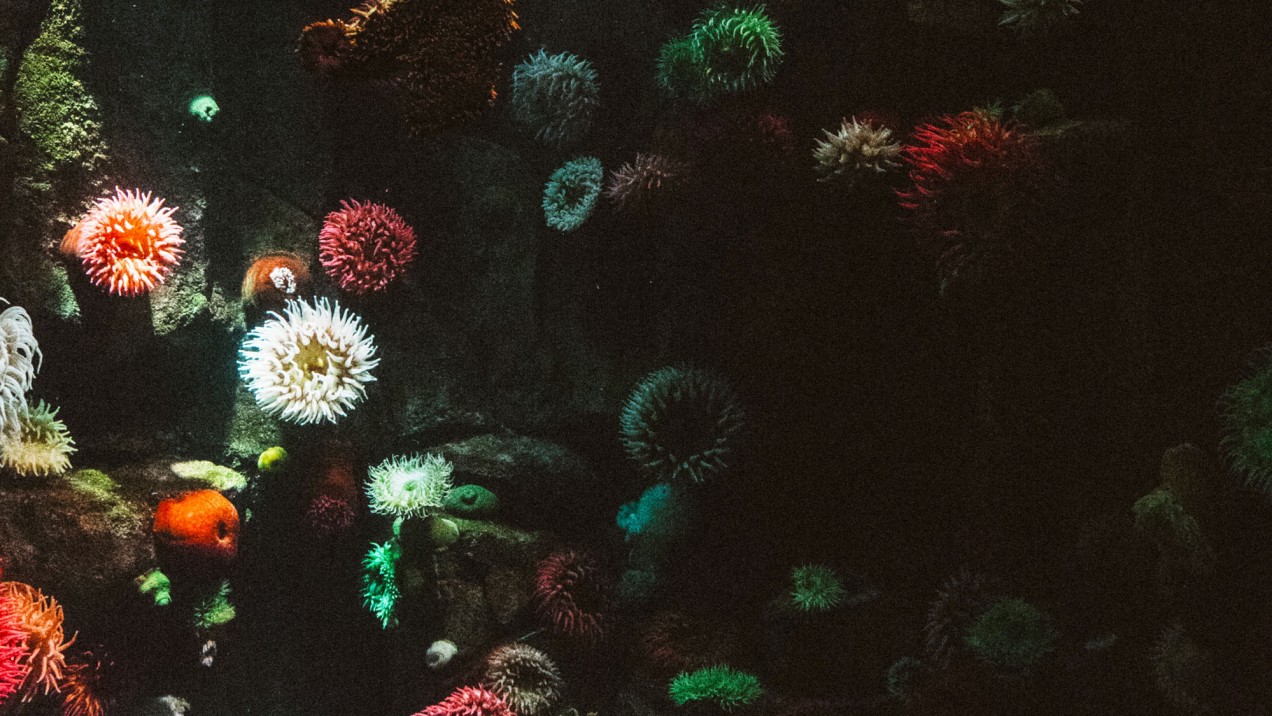 Coral reefs smell of rotting flesh as they bleach. The riot of colors—yellow, violet, cerulean—fades to ghostly white as the corals’ flesh goes translucent and falls off, leaving their skeletons underneath fuzzy with cobweb-like algae.

Corals live in symbiosis with a type of algae. During the day, the algae photosynthesize and pass food to the coral host. During the night, the coral polyps extend their tentacles and catch passing food. Just 1 °C of ocean warming can break down this coral-algae relationship. The stressed corals expel the algae, and after repeated or prolonged episodes of such bleaching, they can die from heat stress, starve without the algae feeding them, or become more susceptible to disease.

Australia’s Great Barrier Reef—actually a 2,300-kilometer (1,400-mile) system made up of nearly 3,000 separate reefs—has suffered severe bleaching in the past few years. Daniel Harrison, an Australian oceanographer looking at what might be done to buy more time for the Great Barrier Reef, says the situation is getting dire. “There might be as little as 25% of shallow-water coral cover left from pre-anthropogenic times. We don’t really know, because nobody started surveying before 1985,” he tells me. “You’ve got less than 1% of the ocean in coral reefs, and 25% of all marine life. We’re looking at losing all of that really quite quickly, in evolutionary terms. In human-lifetime terms.”

Coral reefs are not just about colorful fish and exotic species. Reefs protect coasts from storms; without them, waves reaching some Pacific islands would be twice as tall. Over 500 million people depend on reef ecosystems for food and livelihoods. Even if the temperature increase eventually stabilizes at 1.5 °C a century or two from now, it’s not known how well coral reef ecosystems will survive a temporary overshoot to higher temperatures.

The corals are like the canary in the coal mine.

The corals are like the canary in the coal mine, Harrison says: “They’re very temperature-sensitive. I really do think it’s just a harbinger of things to come. You know, the coral ecosystem might collapse first, but I think there might be quite a few more ecosystems that’ll follow it. Life is very resilient, but ecosystems as we know them aren’t.”

Read more about corals, cooling the ocean, and climate change

How Dungeness crabs’ complex lifecycle will be affected by #ClimateChange. 🦀 https://www.washington.edu/news/2021/10/28/how-dungeness-crabs-complex-lifecycle-will-be-affected-by-climate-change/

By the end of the century, some coastal communities could be entirely transformed or lost due to flooding. This new @EnvDefenseFund story map shows what is at stake and how we can use natural infrastructure to address climate impacts: https://storymaps.arcgis.com/stories/5cce242ca04645438b819addf05cf44f #COP26