Skip to content
Home > Climate Change May Be Creating A Seafood Trade War, Too

One of the grand challenges that I find as a climate scientist is conveying to the public the “here and now” of climate change. For many people, it is still some “thing” that seems far off in time or distance from their daily lives of bills, illness, kids, and their jobs. Ironically, climate change touches each of those aspects, but the average person does not often make the connections. People eat seafood and fish, but most people will not make any connections between tonight’s dinner of flounder, lobster or mackerel to climate change as they squeeze that lemon or draw that butter.

A new Rugters University study caught my eye because it is a good example of a “here and now” impact. Climate changes is causing fish species to adjust their habitats at a more rapid pace than current policy can manage. Many species of flounder, lobster, mackerel and crab are migrating to find colder waters as oceans warm.  The study suggests that such shifts may lead to international conflict and reductions in fish supply. Seafood is a pawn in the trade chess game. 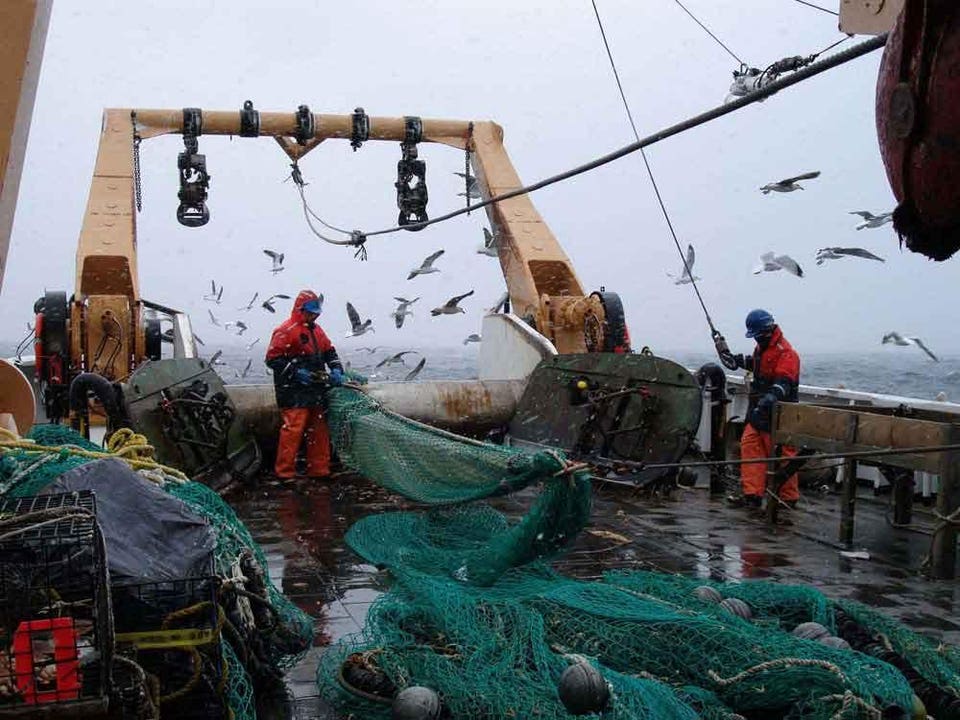 Researchers at Rutgers University say that an obsolete and outdated regulatory system has not kept pace with how the ocean’s waters are warming and shifting fish populations. I actually wrote a few years ago in Forbes about how warming waters were shifting crab populations in the North Pacific and affecting fishers as well as one of my favorite TV shows, The Deadliest Catch. This new study published in one of the top scientific journals in the world, Science, has provided new insight that has implications for our food supply and potential international conflict. According to a press release from the university:

for the first time that new fisheries are likely to appear in more than 70 countries all over the world as a result of climate change. History has shown that newly shared fisheries often spark conflict among nations. Conflict leads to overfishing, which reduces the food, profit and employment fisheries can provide, and can also fracture international relations in other areas beyond fisheries. A future with lower greenhouse gas emissions, like the targets under the 2015 Paris climate agreement, would reduce the potential for conflict, the study says.

Malin Pinsky is an assistant professor of ecology, evolution and natural resources at Rutgers and one of the authors of the study. He, postdoctoral associate James Morley and a group of international co-authors reported that commercially important fish species (in other words things you like to eat and that many depend on for sustenance) could continue to migrate further northward in search of colder waters.